I've just returned from my fourth visit to Ghana with New York University's Audiovisual Preservation Exchange program, where we completed a successful week-long training in audiovisual archiving for 25 local professionals. Lead by NYU Moving Image Archiving and Preservation Program (MIAP) Professor Mona Jimenez, the APEX training team this year included Jennifer Blaylock (Fulbright scholar and MIAP grad - check out her great blog), Ishumael Zinyengere (audiovisual archivist for the UN International Criminal Tribunal for Rwanda), and myself. This is our third consecutive year conducting training together in Ghana, and I feel incredibly fortunate to have once again had the opportunity to work with such a talented group of trainers and participants.

APEX in Ghana began in 2008 with an invitation from the pan-African Real Life Documentary Film Festival to do a short workshop on audiovisual archiving for the filmmakers in attendance at the festival, and the local professionals from broadcasting, government and universities with audiovisual collections. That invitation co-incided with a request from then Fulbrighter Seth Paris to help establish a audio digitization lab at NYU-Accra. That inaugural year, the APEX team consisted of Mona Jimenez, AVPS President Chris Lacinak, and myself. In addition to the training during the festival and the work with Seth, we spent a couple weeks meeting with local caretakers of moving image and sound collections, learning about their challenges and needs. Mona and I returned the following year, along with Mick Newnham (National Film and Sound Archive of Australia), Jennifer and Ishumael, and we conducted our first week-long workshop, which provided an overview of: management of audiovisual collections, care and handling, occupational health and safety, climate control and storage of collections, cataloging, digitization best practices, and ethics. In 2010 we returned to do more training on digitization and an introduction to fundraising. 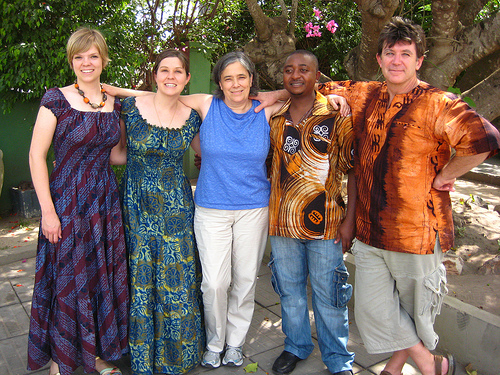 This year's workshop was called "Imagining Access to Audiovisual Heritage" and focused on developing project plans and funding proposals specific to the institution's mission, user needs, collection risk, available resources, and rights. The aim was to give the participants the tools to perform a collection assessment and develop priorities for short and long-term collection goals. Throughout the week we practiced developing mission statements for the archive, performing collection-level inventory, selecting important items for preservation, item-level cataloging using spreadsheets and databases, and planning and budgeting for digitization and digital storage. In the end, each organization (there were 11) chose a small project, and spent a day developing a funding proposal based on provided guidelines. The enthusiasm and contribution of the participants throughout the process was incredible, and I think I can safely say it was tremendously successful.

Needless to say, we've learned a lot over the past four years. Here are just a few things that stand out to me after this trip:

Build trust. Returning to work with the same institutions and the same group of people year after year establishes trust between ourselves and the local community. After 4 visits, they know we are very serious, and we truly want them to succeed in their efforts. People no longer have to say, "In Ghana, we have this problem..." or "You don't understand our situation," because they know we do understand. We know what the climate is like, what the bureaucrats are like, what the funding situation is like. This year, one of the participants (who is also one of my role models) said, "You are comfortable here now. You understand us." I took this as the highest compliment.

Here's a fun example of one thing we do understand now: how to tell what kind of white stuff you have on your tape. Can you tell which is mold and which is byproducts of binder degradation? 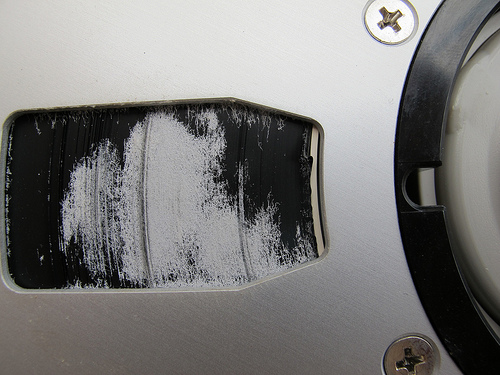 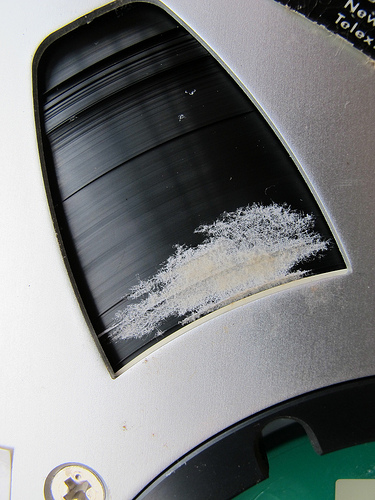 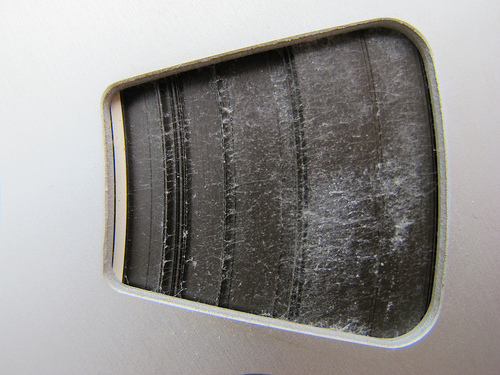 Giving people real incentive is a great motivator. For the past two years we have been incredibly fortunate to have had support from Jim Lindner, who has provided funding to help us purchase needed equipment and supplies for the local institutions. This year, Mr. Lindner is supporting a challenge grant, for which the participating organizations are working on their proposals that they started during the workshop. This turned out to be an incredibly effective way to really get people to focus on what they can accomplish in the short term, with limited funds, and use to start to build something bigger. The problem we've had in previous years is that people haven't been able to see past the need to do something about the ENTIRE collection right away (for some, this would require upwards of a million dollars). With the challenge grant, they are able to see that a little bit can go a long way, but with careful planning.

Numbers make an impact. As part of her Fulbright research, Jennifer Blaylock has been working in the Cinema Department of Ghana's Information Services Department (part of the Ministry of Information), helping to sort through the remaining extant films from the former Ghana Film Industry Corporation - the state run film department, and Ghana's largest producer of feature and documentary films (on celluloid) from independence (1957) to 1996, when it was privatized and divested. The conditions at Cinema Department and the previous storage locations have not been kind to the fragile celluloid, and it has been well known for some time that a large part of the collection has deteriorated beyond recovery. Just how much of the collection was not known until now. Thanks to Jenn's efforts to coordinate the sort, it is now known that only approximately 715 of the 5500 films (13%) are salvageable. When that number was presented to the participants of our workshop, there was an audible gasp. The bad news is, that essentially is all that is left of Ghana's film heritage. The good news is, the good films have been identified and put into a separate storage area. ISD is now working on their proposal to obtain funds to improve the conservation of this collection. As one participant of the workshop stated, "At least we now know what we can save." Read all about this project on Jennifer's blog. 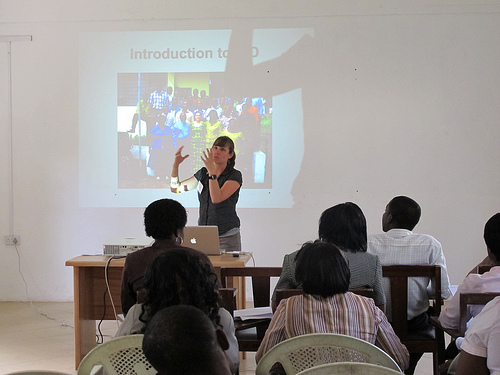 Showing the public their audiovisual heritage helps to create advocacy for preservation. This year, we were incredibly fortunate to bring 4 films of Ghanaian origin from the US to be publicly screened in Accra. Thanks to a generous offer from the Library of Congress, and the heroic efforts Mike Mashon's team at the Library's National Audiovisual Conservation Center (NAVCC), these films (which originated on 16mm and 2" Quad) were preserved, and new DVD copies were made (thanks to Broadway Video Digital Media for authoring and printing the DVDs!) and donated to 5 Ghanaian educational, government, and broadcast institutions. The grand finale of our training was a screening of all four films at the National Film and Television Institute (NAFTI), along with an official donation to the local institutions, who were all overjoyed to receive these restored treasures of their national heritage. The films were introduced by Rev. Dr. Chris Hesse, former Director of the Ghana Film Industry Corporation (GFIC, formerly Ghanafilm) and cameraman with the colonial Gold Coast Film Unit, prior to independence.

The four films were:

1. Family of Ghana (1958). A co-production of Ghanafilm and the National Film Board of Canada. The story of a fishing family, their daily lives, and the son's wish for a modern boat.

2. African Writers of Today: Interview with Dr. William Abraham (ca. 1966). Dr. Abraham is an influential Ghanaian philosopher. The interview was recorded shortly after the publication of his controversial book, The Mind of Africa, was published.

3. Claude Barnett: Home Movies from Nigeria, Ghana, Liberia (1957). Barnett was an African-American entrepreneur and founder of the Associated Negro Press. He and his wife Etta Moten traveled to the African content 11 times in a 13 year period.

4. Hamile: The Tongo Hamlet (1964). An adaptation of the play by William Shakespeare, which takes place in the home of the Frafra people, in the far north of Ghana. Performed by students of the University of Ghana School of Music and Drama.

The audience truly enjoyed seeing these films, which featured people they were familiar with, and streets and buildings they knew. The highlight of the event was definitely Hamile, as three of the lead actors were in attendance: Hamile (Hamlet), Abrahim (Polonius) and Habiba (Ophelia). The two men held a Q&A following the screening.

Here is an excerpt of the Barnett footage from Ghana. The opening shots are of Ghana's first President following independence in 1957, Dr. Kwame Nkrumah, with Barnett. Enjoy!