Exactly Where We Are

Exactly, a friendly desktop application for creating BagIt-compliant digital packages, is almost 1.5 years old now. Hatched as an idea for allowing oral historians to submit born-digital interviews directly to recipient archives with baked-in, preservation-minded features (e.g., file inventories, checksums, package metadata, producer-archive communication), Exactly is now in wide use across multiple continents, and is supported in digital preservation workflows by a variety of systems and services, including Archivematica and Arkivum. With this wide use, Exactly’s functionalities have been extended to include digital forensics use cases (e.g., an original file system metadata report) and enhanced security features (e.g., support for SFTP delivery).

What Exactly Users Have to Say

Earlier this year we launched a survey to learn more about the use of AVP’s free digital preservation tools. Because these tools (e.g., Exactly, Fixity, MDQC) are freely available, we often do not have close contact with their users. This survey was an opportunity to receive feedback on what works and what does not, and to hear about ideas for improving these tools as necessary. The graphic at the bottom of this post gives a visual representation of the top reasons people reported that they use Exactly, but first we'll dig into some of the positive and critical comments we received.

Here are a few of the positive responses we heard about Exactly:

•   “Exactly was the first and only integrity validation tool used in sharing archival materials with our partner archive at University of Washington.”

•  “Exactly allows curators to bring content into the archives with more documentation of the transfer than previously and with less involvement of the digital archivist than before.”

•  “Using Exactly, I have been able to spend 50% less time packaging and manually logging validation processes, and am more confident when leaving processes running over night, which also saves hours every day. “

•  “Using Exactly has increased my capacity to transfer content to patrons (from Archives to Patrons) by 80%. It has decreased the amount of back and forth email by 75% during a transfer and verification from Archives to Patrons. Using Exactly has increased my capacity to validate the integrity of files transferred to the Institute Archives by 90%. Using Exactly and the reports / files that Exactly produces during a transfer operation has diminished the manual logging of data into Accession records — increasing my productive work time with accessioning transfers by 50%.”

Here are some of the critical responses we received about Exactly:

•  “There is no secure transfer functionality and the tool is not user-friendly for non-technical, external donors.”

•  “Managing customizable metadata templates, like bagger, is challenging. The UI, particularly for adding metadata and understanding order of operations, is not intuitive.”

•  “Exactly lacks features that make it useful for large-scale projects. Adding in features that allow users to edit files in bags, edit manifests, and add/remove single files to existing bags would add a LOT to the functionality of the program.”

This feedback has been tremendously helpful to us as we move Exactly forward and continue to enhance its functionality based on actual day-to-day needs. Following is an overview of recent improvements to Exactly and a list of planned changes.

•  Based on a thorough review of the Exactly workflow by Andrew Berger, the most recent release of Exactly includes an additional layer of checksum review during the packaging process to ensure that bits are intact at each and every step of the way, even during internal processes within the source file system.

•  Kari Smith at MIT noticed a need for a list of email recipients to be included in the TransferComplete.txt file when email is turned on.

•  Because of local IT policies, the University of Kentucky requested support for SFTP along with FTP (which was already supported) for remote transfers. Additionally, the University of Kentucky lobbied to add a feature that allows email delivery to be turned on or off. Originally, all transfers sent emails when the email credentials had been filled out. Now email credentials can be present, but users can still select whether emails should be sent or not with each transfer.

•  Currently, Exactly uses MD5 by default for all checksums. The next release will include GUI options for users to select which algorithm to employ for checksums (e.g., sha256, md5). The list will be limited to those algorithms supported by the current BagIt java library.

•  Users at the Brooklyn Academy of Music have noticed a need to improve the Windows file system browser when browsing attached network locations. This will be addressed in the next release.

•  Another file browsing feature that will be improved is Exactly’s current inability to remember a user’s previous browse location when selecting source files to include in a package. Each time a user browses for files, the GUI resets to the root of the user’s file system. We will add functionality to remember the user’s last browse location during any given session.

If you have other ideas or critiques, we’d love to hear from you on the Exactly Google Group. 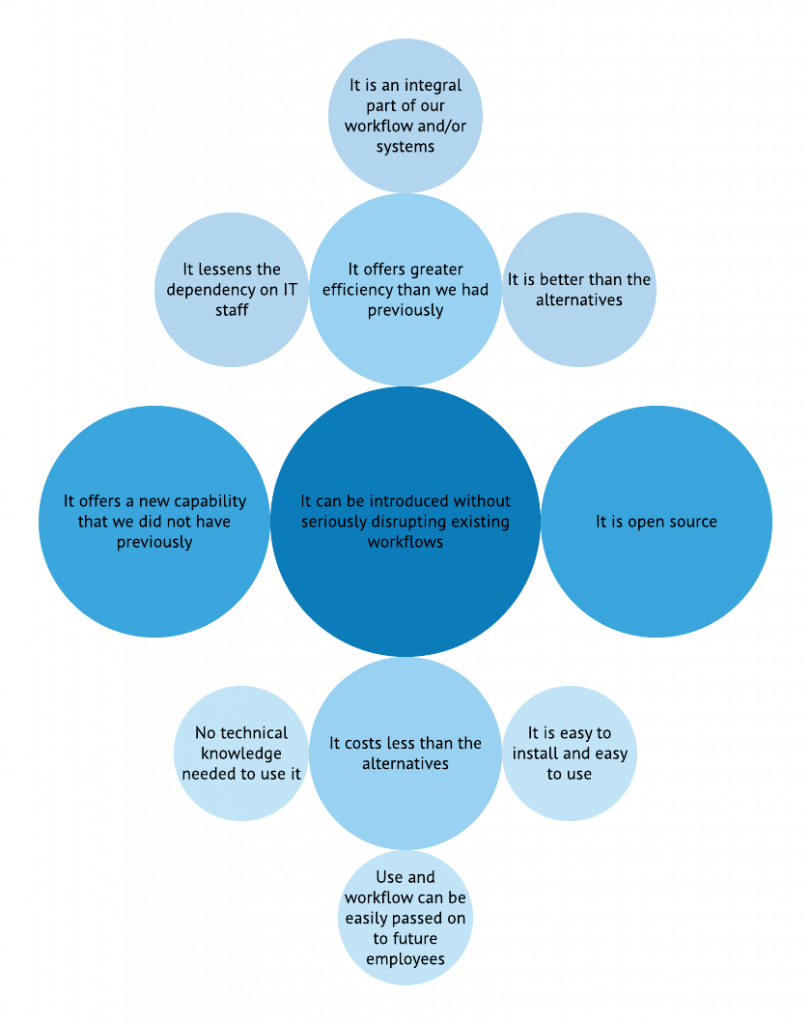