It's time to start considering digital materials as legacy formats

I know we all were very excited about the 50th anniversary of the first use of analog broadcast videotape six years ago...If by 'we' I mean myself, 7 friends, and that guy, Roy, whom no one has seen in person for the past 23 years.

Though still recovering from the celebratory parties we had back then, I've begun to take supplements to steel myself for this year's anniversary of digital tape. Problem is, I haven't yet received any party invitations. I know the USPS is not doing so hot right now, but, given the format in question, I would expect at least one of my co-revelers would be using e-vite or something. (Oh. Sorry USPS!) But, having scoured my spam folders, unless the party is in Nigeria this year, I'm still out of luck.

This situation made me think perhaps this Base 10 year-of-import isn't such a big deal because the Jubilee party for data tape was 10 years ago.

As pointed out in a recent column in the online Forbes magazine (thanks to Ryan Donaldson at the Durst Organization for the link) digital data tape is 60-years old this year. Not as old as audiotape, but older than video. And except for that time Malcolm appeared in Amazing Spider-Man, when has Forbes tried to pull a fast one on us? (For the sake of argument we'll just ignore Steve for right now. As the American voting public did. Hey-O!) 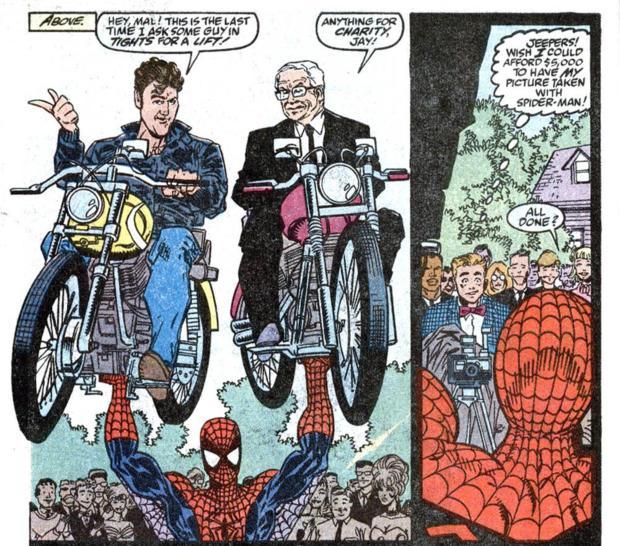 Of course, this was just data tape, not digital audio or digital video formats. But still, the fact stands, digital technology has been with us a long time -- longer than many of the analog formats that are currently causing us so many headaches right now.

This underscores a point I have been struggling with putting words to -- namely, that the words we put to discussing digital preservation are inadequate or insufficiently precise to cover the multitude of technologies and media types involved. Digital is not a format like a book or a 16mm film or a Cartravision cartridge. It is a method of storage that can be utilized across various media and formats, including incredibly intangible ones such as holographic storage or incredibly physical ones such as punch cards. Almost analogous to analog, one might say.