One thing I've always loved about film is the delicacy of the frame. Well, I very much doubt I always would have stated it in such terms. I can certainly say I have nearlyalways been a sucker for that feeling that -- despite the fact that you know there's a crew of people watching the events transpire, that just beyond that hill the cowboy is riding over is the LA Freeway, that those neck bolts are glued on and those boots have lifts -- in spite of it all you can still think the whole thing is unmediated reality, captured and being replayed before your very eyes. Outside the frame informs and contributes to creation, but inside the frame lives and breathes and exists as a separate entity.

Or, mostly does. There are those times when things ring so false that it kills the spell and pulls one out of the film completely. This isn't necessarily the result of unrealistic special effects or non-naturalistic acting. Godzilla is no less effective for being an actor in a rubber suit on a tiny set. There is momentum to the story and beauty in the skill (or A-for-effortness) to create with limited resources that all contribute to the willful suspension. But there is an egregious example of when good films go wrong in the Coen Brothers' recent True Grit, an otherwise solid, thoroughly entertaining film.

The Coens are kings of artifice, and I love that about them. The obsessive focus on accents and speech patterns, the broad characters, and the paradox of stories driven by what seems like fate but also the complete randomness of an uncaring universe push the films through from over-the-top to more true than reality.

However, towards the end of True Grit there is an emotional midnight ride across the moonlit forests and prairies of the Indian Territory back to the border of 'civilization'. There are a few wide shots done on location for this extended scene, but most of it is done in closeups of the characters, with the trees, stars, and moon in the background and a horse's head in the foreground. They obviously needed to shoot the closeups in the studio in order to control lighting and movement, and to embue it with the proper emotional hallmarks the scene calls for. But something about the perspective is distorted, the light source seems changeable and misdirected, the digital night sky is off color, and the actors and props have a glow around them that looks more like the results of half-assed green screen work than an atmospheric choice. All I could think about was how ugly and ill-executed it all was, a poor attempt at trying to digitally recreate that eerie Coen nighttime aura. The emotional thread was lost, and a great move became merely good.

My sense here is that, trained on low-budget, primarily on-location filmmaking, the Coens are not as skilled at the art of studio artifice. Additionally, digital effects, though more democratizing for creating certain aspects of filmmaking, does not really fit the DIY aesthetic because, when done imperfectly, they look worse than cheap analog effects, similar to the Uncanny Valley hypothesis in robotics. The package of chicken parts gorged upon in Night of the Living Dead will almost always look more realistic than an anatomically exact digital replication of a disembowelment. Or, the vision that came to my head during the True Grit scene, a shaken carriage and swung tree branches will always look better, as in this scene from Mario Bava's Black Sunday 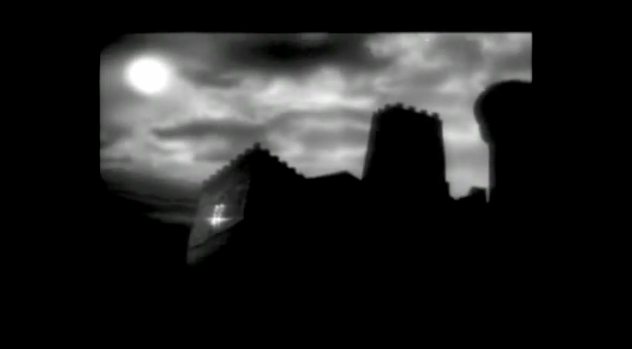 What I'm driving at on one level is an obvious and oft stated sentiment, that art is an artifice, that it is a false representation of reality, often driving at capturing some essential idea or cultural reality. Some of the genres that most readily portray this are mythology, ballet, opera, and some theatre. Cultural archetypes played out in high emotion or melodrama, they communicate a story of existence or humanity or an idea, not of documentary.

The trend in literature and film has been, however, towards the development of 'realism'. In film this has been expressed through changes in acting styles and the technical aspects of filmmaking including effects, lighting, locales, and capture devices. It has thus far been a zero sum game. Yesterday's gritty realism is today's hash with ham and tripe.

The conflict between high artifice and realism comes to a head in Black Swan, one of the most talked about films of the end-of-year movie push. (When my film archivist colleagues and my parents have seen and are discussing the same intense indie horror drama, there's little question it truly counts as most talked about.) Black Swan is causing a fuss because it is engendering such high levels of love and hate. A summary of the sides can be found by comparing the reviews in the New Yorker and the New York Times (and their later Oscar buzz followup). From one view the movie is misogynistic, does not accurately portray the world of ballet dancers, and verges on camp in it's extremity. From the other point of view, it is a grand meditation on the creative spirit, the pressure put on women to fit conflicting roles of innocence and experience, and of a culture obsessed with youth, beauty, and perfection.

At risk of alienating my reader and the spam-bots, I fall more into the latter camp. Reading the film as part horror and part grandiose story like ballet or opera, it seems a disservice to criticize in terms of naturalism or realistic drama. The characters and actions are types or ideas embodied by moving, fleshy entities projected on a screen. I don't think people who dislike Black Swan don't understand this; I would assume many of them are passionate fans of The Red Shoes or similar Technicolor fantasies. I would put forth here that a root of the conflict is film technology. Handheld cameras and grainy small gauge or digital video footage have been coded as 'reality'. Horror films have often taken advantage of this in order to seem scarier or gruesomer because it holds out the vague possibility of actuality (see Texas Chainsaw Massacre or Blair Witch Project). However, when this story veers off into melodrama or the tropes of horror (like scary, implausible mirror reflections) we are not expecting from seriousarthousecharacterdrama it creates awkwardnesses and confusion in the audience, often manifesting in the immediate as laughter.

Mickey Rourke's character in Aronofsky's last, similarly shot film, The Wrestler, takes the same death-embracing leap into a life wholly given over to art and performance as Natalie Portman's character does at the end of Black Swan, but that film was not so roundly dismissed. Did the milieu -- working class New Jersey and the minor league wrestling circuit -- fit expectations of grainy digital video better and mask the soap opera-ishness of professional wrestling? Would Black Swan be less controversial if shot in glossy, deep focus black and white? I saw The Strange Love of Martha Ivers in the same movie theater as Black Swan, a highly melodramatic noir film with a powerhouse Barbara Stanwyck performance. A handful of people were snickering at every overblown emotion until another audience member yelled out, "It's not funny!"

They stopped, and a good movie became great.