Confessions of a Novice Assessor, aka Learning Assessments the AVPreserve Way

At AVPreserve we all have our particular skills and areas of focus, but we also need to be well-versed enough in other areas so we can jump onto projects and help the team as needed or contribute a different point of view. Rather than brag about the projects I rock, I thought for this series I would start off with a newer area for me. AVPreserve’s collection assessments serve to help clients with budgeting, inventory backlogs, format identification and prioritization, and the development of preservation and access strategies. The Assessment & Inventory branch of AVPreserve is headed up by our very own Josh Ranger, he of the interviewing prowess and witty wordplay.

Now I’ve only been at AVPreserve full-time since December 2013, but my impression of Josh’s work-style could be summed up in two words: Lone Wolf. 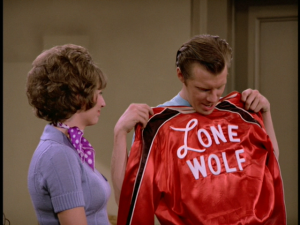 Don’t get me wrong – Josh is a friendly guy, perfectly happy to weigh in on other people’s projects and quick with an obscure reference that no one else understands. But as far as I could see, he usually worked alone on assessments.

When I was first hired, there was some talk of me eventually helping Josh on some projects, but by June, I wasn’t really expecting much. Based on my audio engineering background I had been working mostly with our boss, Chris Lacinak, on several projects focused on planning for in-house digitization: planning timelines and workflows, budgets for equipment and staffing, generating equipment lists, and even designing digitization lab layouts and wiring diagrams (Yes!). Then, out of the blue, Josh asked me if I’d accompany him on an assessment.

We were to assess the small-ish collection of audio, video, and film assets held by the ABC Archive1. It was a grant-funded endeavor and was to be on the smaller side, as far as assessments go, just a half-day visit to the Archive and a report outlining our recommendations. No inventory would be necessary, as ABC already had one. We were to focus on the materials’ condition and provide prioritization rationale based on the condition, format, and content of the materials. Target formats for digitization, as well as vendor quotes, were also in scope.

We arrived at ABC first thing in the morning and met up with their archivist, Jane Doe2. We talked with her about the character and mission of the Archive within the organization, her hopes, and her concerns. Jane had taken the time to lay out what she felt to be the most iconic and important AV materials in ABC’s collections, all of which happened to be film. After our conversation, Jane left us to do our thing as she got back to her work.

So, Josh. What’s our thing? We started by examining the film Jane had laid out for us. Awesome...

Here’s my confession: As a recovering audio engineer with years of work in the television industry, I’ve got audio and video down. Plop me down in the middle of Borneo with an open reel tape and a deck, and I’ll get that audio signal transferred for you. However, despite the classes I took in school and other professional training, my experience handling and inspecting film has been limited. I mean, sure, anyone could tell the difference between diacetate and triacetate stocks, but with all the information you can gather from a film reel, it was new territory for me to know what was pertinent for our reporting and how to interpret it.

Thusly:
Josh: I’m going to open all these cans and check out this film and sniff it!
Me: Errr...I’ll take notes.

ABC’s collection is AWESOME and I found myself completely distracted by the cool things we were looking at, both when holding film frames up to the light or when just reading the titles on audio reels and videotapes, imagining what the content might be. Assessments are great for us as consultants, as we get to see super interesting things, sometimes even before the archives staff (Don’t tell Josh I said that, because if you’ve read his blog you know he just sees things as piles of rotting plastic.). Then we get to help them learn about what they have, which is rewarding for all involved.

We continued to work our way through the rest of the collection, making notes on condition and referencing the inventory prepared last summer by an ABC intern. In these cases, we can rely on existing inventories to extrapolate data and save time by targeting our condition sampling. But even in the best situations we have to either verify that the data is good or decode local practices by comparing the inventory against what’s actually in the boxes. For example, in a past project the inventory had classified much of the video as “1/2 inch video”, which to us would mean 1/2 inch open reel video, a high preservation risk. But locally it referred to VHS and similar-sized cassette formats – as in the MARC designation “VHS (1/2 in., videocassette)” – so it was important to figure that out by review.

After checking the inventory terms, we needed to investigate a scary mystery box wrapped in plastic that Jane informed us was full of items she believed to be moldy. Prior to the formation of the official archive at the organization, the materials had been stored in a garage in a humid environment, and these items were in their current state at the point of ingest. While you do need to take spore samples and have them analyzed to tell if something really is mold and whether it is active or dormant, we agreed to look at the items to confirm, but also because some conditions with tape such as the growth of white powder on the tape pack can be mistaken for mold. After wrestling with the plastic for five minutes, we finally got it open and sure enough! Little doubt it was mold. We got an accurate count of all contaminated items; all of these numbers would be used to request cost estimates for mold remediation and digitization from potential vendors.

After we rewrapped the moldy items, Josh sat for a while quietly thinking, I assumed, about our next steps. The guy is a riddle wrapped in a mystery inside an enigma, coated in panko and deep fried. I think he may have forgotten I was there. Helloooooo? Over here?

We finished up the in-person portion of the assessment and sat down with Jane again. Josh clearly outlined what she should expect from us in the coming weeks.

Back at the office, I was tasked with unraveling the inventory. Spreadsheets! That’s where I’m a Viking! I calculated the format counts and made sure to keep moldy items separate. I then sent Request for Estimates (RFEs) to five different vendors with our inventory counts. RFEs are different from RFPs (Request for Proposal) in that they are nonbinding cost estimates from vendors, strictly for budgeting and fundraising purposes. The RFEs we will receive from the vendors will help Jane plan her budget and advocate for funding – it’s hard to ask for money when you have no idea how much you need!

Josh then walked me through an existing report he had written so I could get a feel for them and then we created an outline for this one. I then wrote the report, which Josh then proceeded to rewrite. Okay, perhaps this is an exaggeration, but Josh’s level of attention to detail is astounding. He really did make it a million times better. What? It was my first one! Cut me some slack! He sent it back to me with lots of edits and comments and the report really started to come together. Josh encouraged me to go above and beyond, asking me to really think about this particular collection and what it needed.

This assessment report focused on the current state of the materials and the primary risks to their continued existence. It detailed recommendations for the care and storage of the originals, how to prioritize the collection for digitization, and digitization specifications. This information is very important to institutions charged with caring for audiovisual materials; they can use it to advocate for their collections and build funding plans. I sent the report off to Jane for comments so we could make adjustment to the report that would help her advocacy efforts.

All in all, I think this was a great initial foray for me into the world of AVPreserve assessments and working with Josh. I’m looking forward to more opportunities to learn and shame Josh into talking to me more about the process. Is it working, Josh? Josh? Over here!

1, 2The names are made up, but the problems are real.